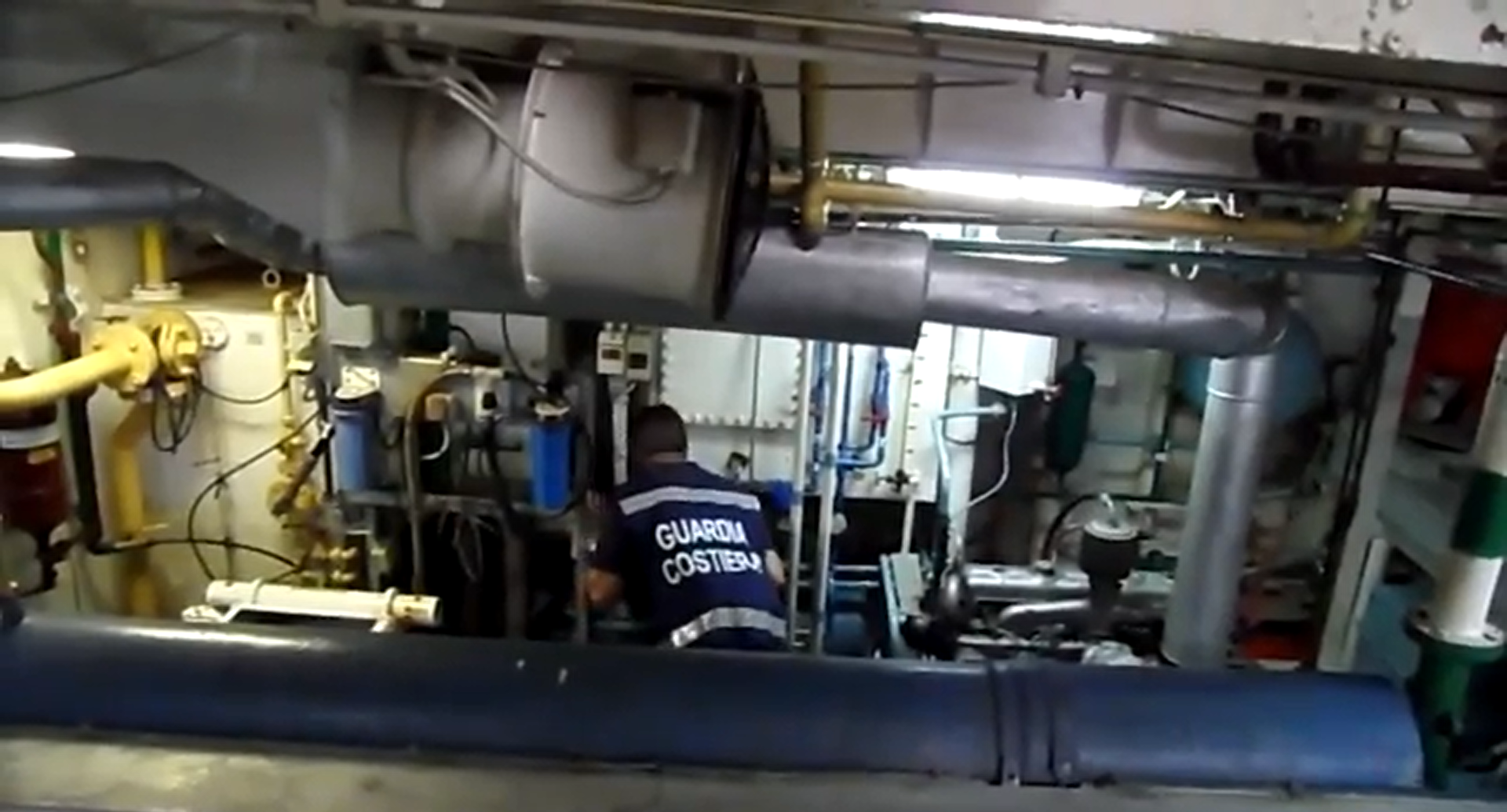 Berlin, 04.01.2023. The Italian government’s willingness to criminalise search and rescue operations by any means necessary to stop them is becoming increasingly evident. What started with Minniti’s NGO law in 2017 led to the confiscation of iuventa and is now taking an escalating extreme with Meloni’s decree of 28.12.2022.

Video footage of the search of the iuventa in 2017 shows how desperately the Italian authorities tried to criminalise the SAR already back then, even by using fabricated allegations. Italian authorities constructed an adventurous claim: the iuventa had weapons and explosives on board. A trick that allowed the vessel to be searched without any need for evidence and thus made the search possible at all. Obviously, no weapons or explosives were found.

The material available bears witness to a dramatic staging which legitimised the seizure and the subsequent criminal trial. There were live broadcasts of the search on all channels, dozens of police officers, leaked documents and the crucial buzz words: “weapons”, “migrants” and “NGO ship”. Apparently all that was needed to mask the fact that the preliminary investigation lacked any criminal substance whatsoever.

Kathrin Schmidt, iuventa defendant, Head of Operations at the time of the seizure: “Me and the crew were treated like criminals. More than 50 police officers searched to no avail, acting on politically motivated instructions, incredulous themselves about their orders. One officer looked at me and said: ‘On days like this I hate my job, because the work you do out there is so important. You are not the sort of people they are trying to portray you as’. The weapons aboard that authorities were in fact so anxious to render harmless: hundreds of life jackets and life rafts.“

The bizarre and completely unfounded accusations were used by the prosecution and the Italian police corps to apply Article 41 of the Bill on public order, adopted in 1931 and still in force, which allows the immediate search and seizure if police officers have knowledge, even if only by clue, of weapons, ammunition or explosives, which are undeclared or otherwise unlawfully possessed.

Nicola Canestrini, lawyer of the defendants: “Faking a charge in order to avoid democratic and constitutional rights to a fair trial is a horrible calling card for Italian investigative authorities: who controls the controller? National legislation must provide adequate and sufficient safeguards against abuse and arbitrariness, as European Court of Human Rights ruled against Italy in a similar case in 2018. We call for a parliamentary reform since such practices undermine the rule of law.“

As so often, others have paid the price: not only were the fundamental rights of lawyers, clergy and journalists violated by illegal wiretapping and the protection of sources and personal rights disregarded. The immense financial costs for these actions, whose investigative relevance has never been proven, are borne by Italian society.

Sascha Girke, iuventa defendant: “As a consequence of the seizure of the iuventa, an urgently needed rescue ship that had rescued over 3500 people on the instructions of the Italian coast guard only a few days earlier, hundreds of people died at sea who could have been saved.”

The story of iuventa has many more similar stories to tell: https://iuventa-crew.org/case
And we will make sure that they all come to light in the trial.