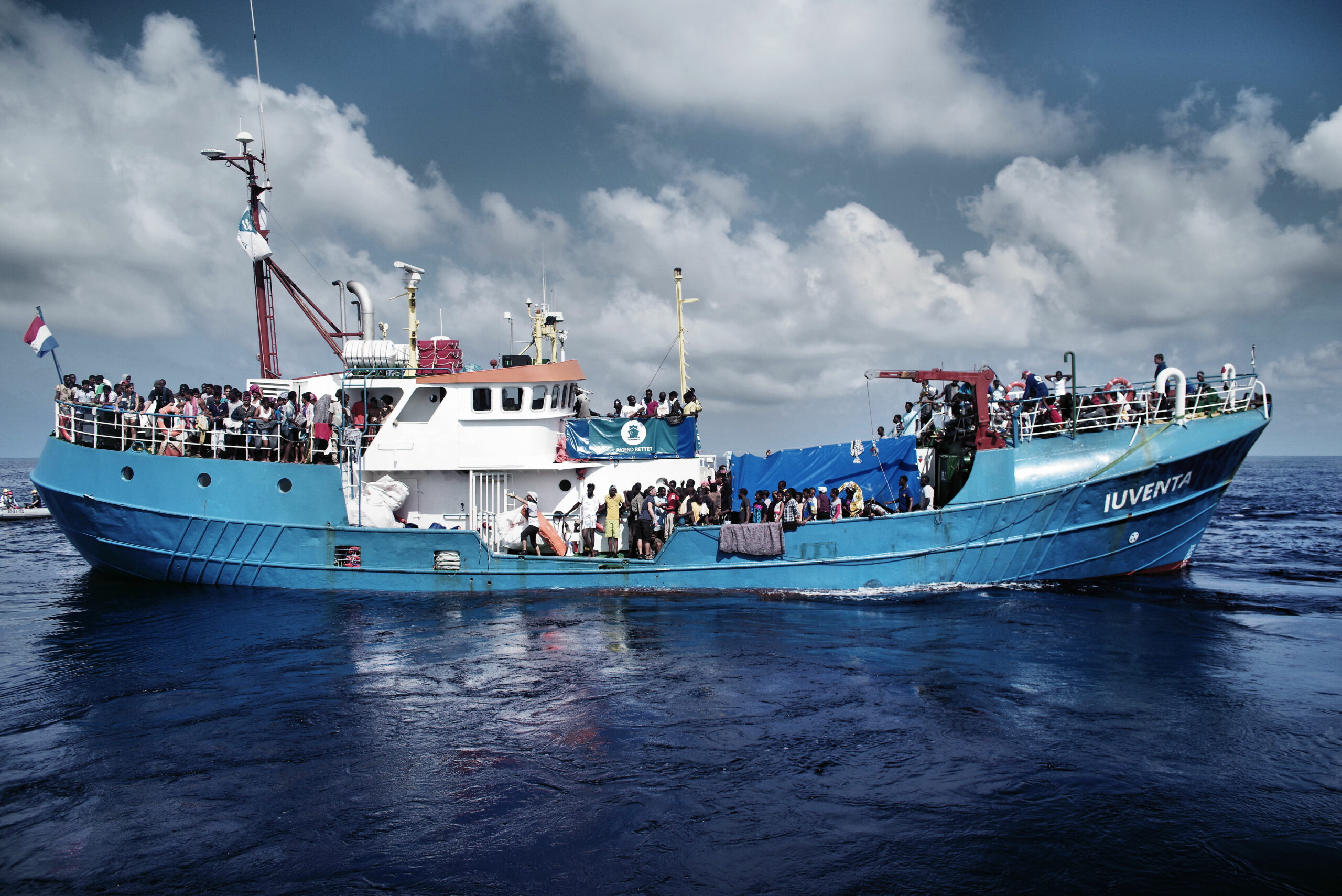 Trapani, 09.12 2022.  After being held in the port of Trapani for five years and abandoned by the harbour master’s office, the iuventa has been plundered, largely demolished and is currently unseaworthy and in danger of sinking. In its ruling yesterday, a court confirmed the complainants’ view that this treatment was wrong and decided that extensive maintenance work must be carried out on the ship to restore it to the condition it was in before the seizure in August 2017. However, whether the court’s decision can be implemented at all remains questionable given the poor condition of the vessel.

Kathrin Schmidt, iuventa defendant: “I find it somewhat cynical that this decision is being made after what was once a rescue ship is now only a pile of rubble. However, it holds an important message in light of the arbitrary treatment and measures against civil search and rescue operations.”

The same prosecutor’s office that had to be forced to act in this case by the courts has also come under public criticism for its conduct of the trial in the case of the four accused iuventa crew members. Now it must also take responsibility for the year-long idleness in the case of the rescue ship. The competent authorities have ignored the obvious signs and clear indications from various parties about a deterioration of the ship’s condition, thus wasting time and taxpayers’ money.

Francesca Cancellaro, lawyer of the defence: “Although for us it is an important correction and we perceive it as a right step, we emphasise that the seizure was not necessary to continue the investigation, they could have continued and completed their investigation without seizing the ship.“

Nicola Canestrini, lawyer of the defence: “I am wondering who has to take responsibility for having the iuventa abandoned for years: If necessary, we will do our part in order to assess liability, and we won’t stop until justice is served.”

Within one year, the iuventa rescued more than 14,000 people from distress at sea. Since its seizure, more than 10,000 people have died in the central Mediterranean. When rescue crews are prevented from getting to where they are urgently needed, lives are lost that could have been saved.

Dariush Beigui, iuventa defendant: “It is not a victory for us, how could it be, in view of the daily tragedy at Europe’s borders. Although we welcome it as the right step away from political and judicial decisions that fuel an increasingly aggressive treatment not only of people on the move, but also of those who are in solidarity with them. A victory can only be the recognition that supporting people on the move can never be a crime, nor can the will to survive and seek justice.”

Sascha Girke, iuventa defendant: “The seizure of the ship was the culmination of a smear campaign against SAR NGOs and solidarity with people on the move. Initiated by radical right-wing think tanks and opinion makers whose crude ideas of actual cooperation between SAR NGOs and Libyan militias were first reinforced by Frontex chief Leggeri and the public prosecutor Carmelo Zuccaro and then finally legitimized by the state through the Minniti code (Code of Conduct).“