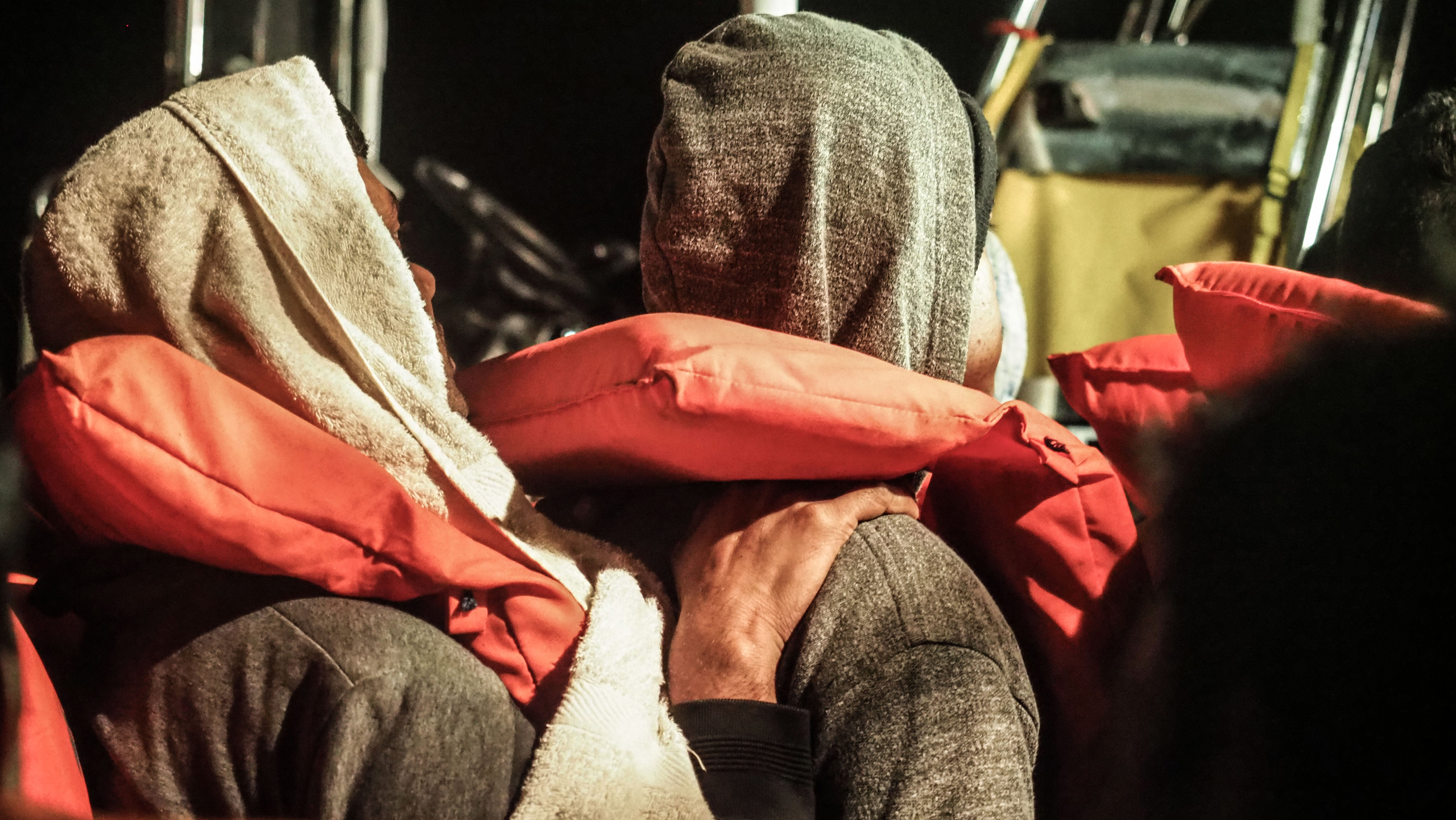 The Prosecutor of Trapani officially charged 21 individuals and 3 organisations of aiding and abetting unauthorized immigration. All the accusations are related to operations conducted between 2016 and 2017. This is a political declaration of intent to criminalise solidarity, and it has a deadly consequence: people die, when they could be saved.

The story
As the EU transformed the Mediterranean sea into the deadliest border in the world, the rescue ship Iuventa, operated in a joint effort by more than 200 volunteers at sea, and supported by thousands on shore, started search and rescue operations in the central Mediterranean in July 2016. Their lifesaving efforts were forcibly stopped when, on the 2nd of August 2017, the ship was seized by the Italian prosecutor and ten people were put under investigation.

More than three years after the seizure of the rescue ship Iuventa by Italian authorities, the Prosecutor of Trapani has declared the investigation against the Iuventa crew closed. The crew members who stand accused of aiding and abetting unauthorized immigration are facing up to 20 years in prison. Yet the legal fight is far from over.

The legal case
This day marks the beginning of the trial against the Iuventa crew despite initial accusation theories already having been publicly proven unfounded. The main so-called “eyewitness” who collected evidence against the Iuventa crew publicly revoked his testimony. He then stated to the press that he had been promised a job within the Italian right party Lega Nord in exchange for his witness statement. Furthermore, through a detailed reconstruction of events, renowned team of scientists “Forensic Architecture”, disproved the theses of the prosecution in a public analysis of Iuventa operations.

Saving lives is never a crime. We will prove that all the operations of the Iuventa crew were absolutely lawful. While the EU turned away from the Mediterranean transforming it into a mass grave for Europe’s undesirables, the crew of the Iuventa headed to sea as volunteers, in order to protect the fundamental rights to life and to seek asylum, as required by international law and before that by human solidarity

Francesca Cancellaro, lawyer of the group

The crew
While the EU turned away from the Mediterranean, paying militias to bring people back to places of abuse, and transforming the Mediterranean into a mass grave for Europe’s undesirables, the crew of the Iuventa headed to sea as volunteers, moved by an urge of
solidarity.

Aslong as governments break their own laws, international conventions and maritime law, all accusations are like a joke to me. It would be funny if this joke didn’t mean death, distress and misery for the people on the move

Dariush, captain onboard the Iuventa

Although we stand accused, it is us who accuse European authorities of refusing safe passage and of letting people drown.

Sascha Girke, the former Head of Mission onboard the Iuventa