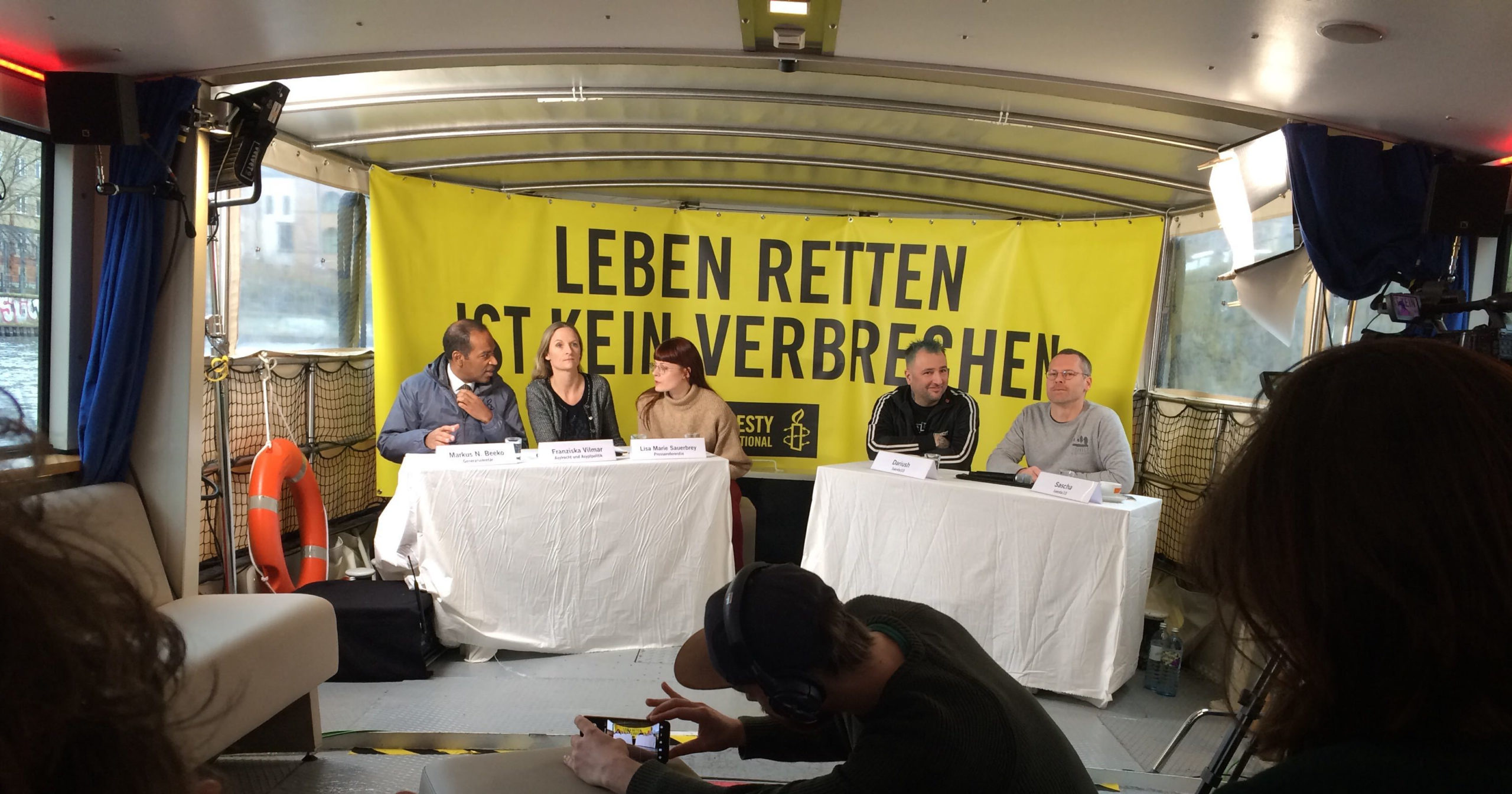 We are happy to announce, after today’s press conference, that the Amnesty Human Rights Award, honouring personalities and organizations who stand up for human rights under difficult conditions at its 10th edition in 2020, goes to Iuventa10.

Human rights defenders are threatened, attacked and criminalized worldwide, and in Europe governments are increasingly taking action against migrants and activists.
For Amnesty International, “the Iuventa10 are role models for human rights engagement that must be supported and protected and not criminalized. Therefore, they receive the 2020 Amnesty Human Rights Award. The Iuventa crew stands for all the people who work on the water and on land for the survival of those seeking protection. Amnesty International therefore awards the Amnesty Human Rights Award 2020 on behalf of all of these human rights defenders” says Markus N. Beeko, Secretary General of Amnesty International Germany.
„They all deserve recognition, support and protection – instead of hostility, threats or – as in this case – persecution by the authorities based on political reasons.” Amnesty also demands that the Italian public prosecutor’s office immediately stops the proceedings against Iuventa10 without any restrictions. While the EU is encouraging the criminalisation, with several European governments harassing and intimidating human rights defenders, Amnesty calls on the EU Commission: „Whoever saves people from distress, who feeds hungry people, who saves people from death, must not be persecuted for this.

”The award ceremony will take place on April 22nd at the Gorki Theater, in Berlin.

„The Amnesty Human Rights Award is a clear commitment,“ says Sascha, part of Iuventa10 and former head of mission. „Not only to the ten of us, but to all those who get together with friends, neighbors and colleagues, on the streets or in social centers, in order to counter the doctrine of isolation and marginalization performing solidarity between people.“

Iuventa captain Dariush says: “This award shows that we are not alone in our struggle. I hope we can give some of that feeling back to those who fight inhumane laws, who are victims of repression, or who are forced to put their lives at risk to reach a safer place: you are not alone. ”Iuventa10 would like to share this award with other European activists or so-called „human rights defenders”, who keep receiving a lot of attention and support after having become the target of increasing criminalisation, but especially with those without a European passport facing the very same accusations or being criminalised for fleeing.

We will always stand up and defend solidarity!